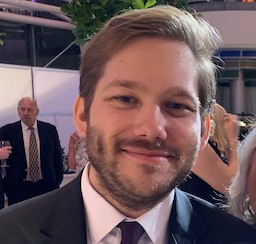 Hi! I'm Christian and I'm an Associate Application Developer at Blue Raster! I like working in full stack JavaScript, specifically using React/Redux on the front-end and Node/Express on the back-end.

Outside of my work life, I'm a huge TV fanatic. Some of my favorite shows include The Big Bang Theory, Gilmore Girls, VEEP, Survivor, The Goldbergs and Brooklyn Nine-Nine. I'm also a diehard sports fan and will always cheer on the Chicago Bears, Chicago Blackhawks, Vegas Golden Knights and Washington Nationals.

Survivors Ready is a full stack JavaScript application that was designed to provide information on various Survivor contestants without spoiling any season of the show. It also features a "fantasy" season simulator that allows users to pick their favorite contestants and randomize a winner!

The application is built using React, Node/Express and MySQL and is hosted on Heroku. Previous iterations can be found on GitHub.

Bev Cellar is a full stack JavaScript application that allows users to track beverages that they might have in their drink collection. Users log in through Google to access their own specific cellar. Users have the ability to add, remove and update their bevs in the app.

The application is built using React/Redux, Node/Express, Passport.js and is hosted on Heroku.

This SPA uses React and the new Twitch API and it is hosted on Heroku.

Quidditch Hooligans is a single page application that uses CRUD to create, update, delete and display Quidditch players from a MongoDB database. Data flow is handled through Redux. The project is built using the MERN stack and is hosted on Heroku if you are interested in testing it out.

In addition to some of my full stack projects, I have some CodePens for my Front-End work: